The College has the mandate to develop scientifically proven technologies that can be transferred to the fish farmers of not only the State but whole of the North-India. The increased emphasis is given to frontier areas of carp culture, seed production, water quality management, fish health management, conservation of fish diversity and fisheries resource management. The significant technologies developed so far are as follows- 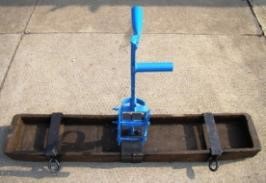 An animal drawn Planker of Composite Material, replacing wood, has been developed for hilly region for levelling the agricultural field 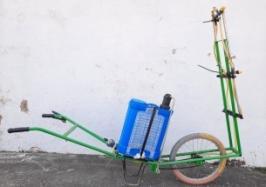 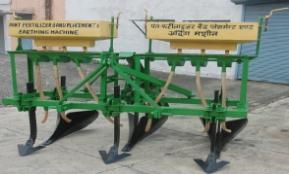 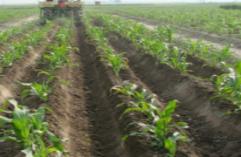 Organic production technology has been developed for most of the crops which are being grown under Tarai as well as hilly areas. Under Tarai conditions organic package of practices have been developed for Basmati rice based cropping systems. Basmati rice grain yield during five years of experimentation showed a increasing trend though slight increase in initial 3 year and a drastic increase in fourth and fifth year in 100% organic mode (52.0% more over initial) and this observed cumulative yields of basmati rice over years under organic mode of nutrient management may be attributed to the build up of organic matter, accumulation of nutrients over years and improvement in physico-chemical properties of soil.

Organic mode of cultivation recorded on an average highest net return after three years of conversion period and up to three years it was highest in inorganic mode of cultivation. Among the cropping systems, highest net return and B: C ratio was recorded with basmati rice-vegetable pea system followed by basmati rice- lentil system in all the modes of nutrient management during all the years.

Propagation technology reported for the first time on rooting in Adina cordifolia using macro propagation technique using mono nodal leafy softwood cuttings prepared from epicormic shoots using 6000 ppm IBA. The technology is helpful in cloning, domestication and mass multiplication of the species. This technique is useful in overcoming the problem of poor seed germination in the species which hinders the nursery production.


Propagation techniques for multiplication of bamboos

Propagation techniques for multiplication of bamboos in sand without use of mist chamber has been developed which can increase success for bamboo rooting and can produce more number of roots. In addition macroproliferation technique with use of fertilizer was standardized which can give higher number of plants as compared to standard technique. 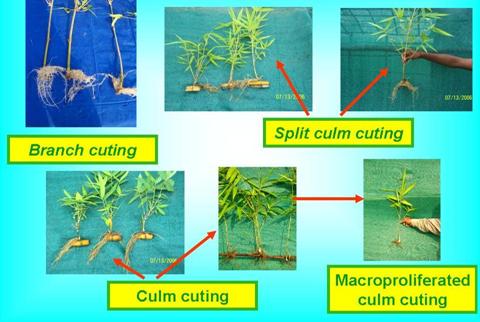 Air layering is only means to multiply litchi plants. Air layers in litchi produce thick and brittle roots which results in heavy mortality of rooted plants in nursery and field as well. However, after separation from mother plants, air layers were subjected to root training by planting in root trainers which produced more number of thinner lateral roots and resultantly enhanced survival of air layered plant in the field.

This drill reduces sowing time by 10-15 days and saves Rs. 1,500-2,000 per hectare. The Pant Zero-till ferti-seed drill (ZT drill) is a tractor mounted drill (9,11and 13 tynes) used for sowing wheat in rice- wheat crop rotation, over a dozen agricultural machinery manufactures are manufacturing this drill who have sold about 4,000 drills so far.

The Pant hill yoke suitable for hill bullocks has been developed and fabricated. The animals feel comfortable while using this yoke due to large neck contact area compared to local yoke. The cost of Pant hill yoke is Rs.280/-per unit, weight 3 kg approximately and is made of Tun wood (light weight hill wood having very good strength). An increase in pulling capacity of 9-10% has been observed enabling farmers to use large size implements/tools even under adverse field conditions. More than 400 no. of hill yokes have been marketed by the department in hill region.

A multi-fruit grader suitable for grading spherical fruits has been developed. The grading principle is based on varying weights of fruits. It is most suited for grading oranges. The capacity of the grader is 250kg/hour.

A new technology of miling has been developed in which pigeon pea grains are treated with edible sodium solution for loosening the husk. The use of bicarbonate treatment increases digestibility and reduces flatulence. This technology is ready for delivering to dal mill owners. There is an increase in dal recovery by 6 to 8% as compared to conventional methods.

Study conducted on response of micro irrigation and fertigation in grownup litchi orchard reveals that average marketable fruit yield (176.22 kg/tree) over the years was significantly higher (56%) in treatment under bubbler irrigation at 100% of estimated irrigation water requirement + 125% of recommended dose of fertilizer (N:P2O5:K2O:: 1500:750:750 g) as compared to conventional practices (112.94 kg/tree). Micro irrigation and fertigation also increases the fruit length (8.5%) and fruit width (6.4%), fruit weight (19.9%) along with significant reduction in fruit cracking (69.9%). 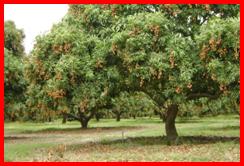 A potent cell culture vaccine against fowl pox virus in poultry was developed. Fowl pox virus was first attenuated in cell culture including CEF, CEL, CEK and also in non avian origin BHK-21 cell line. The attenuated virus was tested for its disease producing ability and thereafter its disease protection capability. However, further field trials are necessary before its commercial use.

Super-ovulation was induced in New Zealand white rabbits (daily injection of 50 I.U. of PMSG for 3 consecutive days) and goats (with 750 I.U. PMSG given twice on subsequent days followed by 1000 IU hCG at estrus/ mating). Embryos were collected 100 hrs after mating from uterus and transferred to uterus of estrus-synchronized rabbit and goats by surgical methods resulting into embryo survival rate of 67.5 and 63.5 per cent, respectively. Freezing of 4-cell goat embryos revealed a good cryoprotection effect with 2.0 M DMSO in goat.

In buffaloes, a superovulatory response of 2.66 ovulations was recorded with 2000 IU PMSG. In cattle, superovulation was successfully induced with 50 mg FSH-P in crossbred cows and with 60 mg FSH-P in Sahiwal cows. A positive correlation was observed between blood progesterone level at the initiation of Gonadotrophin treatment and ovulation rate. The mean recovery rates of embryo, transferable embryo and good quality embryo were 5.25, 3.00 and 1.8 per flushing, respectively. The mean pregnancy rate on transfer of frozen and fresh embryos was 23.8% and 36.4%, respectively, while a pregnancy rate of 76.9 per cent was recorded on transfer of fresh embryos of good quality. The pregnancy rate was significantly improved if recipient cows were injected with 10 mg Buserelin acetate on day 5 post-embryo transfer. Seven healthy calves were produced through embryo transfer from one donor cow in one year.

The technique of in vitro oocyte maturation (IVM), sperm capacitation, in-vitro fertilization (IVF), embryo culture and cryopreservation of oocytes and embryo have been standardized. Oviductal cell co-culture is beneficial for embryo development up to 8-cell stage beyond that its beneficial effect is lost. Technique has been established to cryopreserve buffalo oocytes by vitrification. Timings of nuclear maturation in buffalo oocytes during in-vitro maturation and fertilization have been determined. Technique of in-vitro capacitation of buffalo spermatozoa has been developed. IVM and IVF have been successfully achieved with frozen thawed buffalo oocytes.

The study on embryo freezing indicated that the 4-cell goat embryos could be successfully frozen in Cassau mini straws in the presence of 2.0 M DMSO at cooling rate of 1.00C/ min from 00C to -500C and 20C/ min from -510C to -800C before transfer to liquid nitrogen.